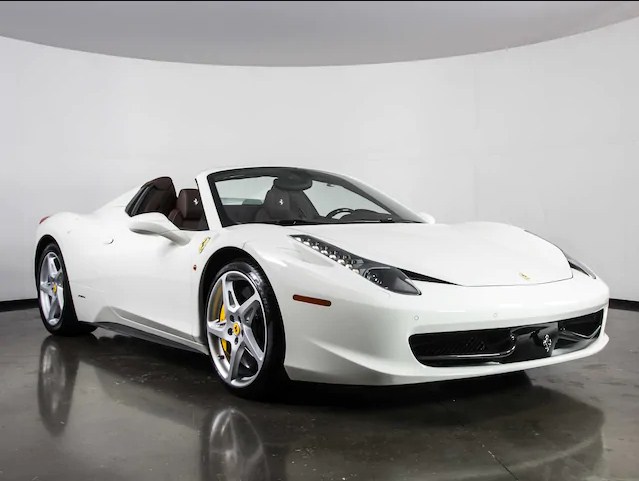 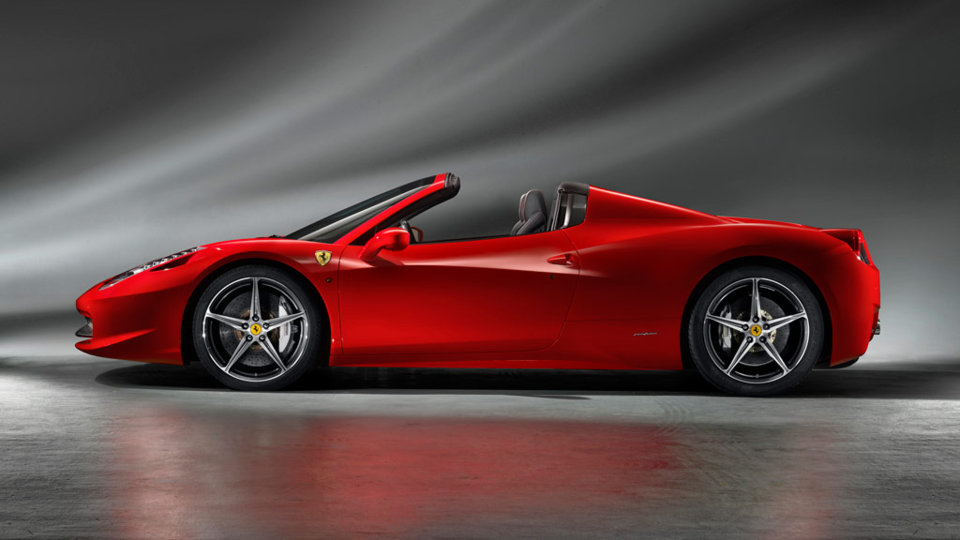 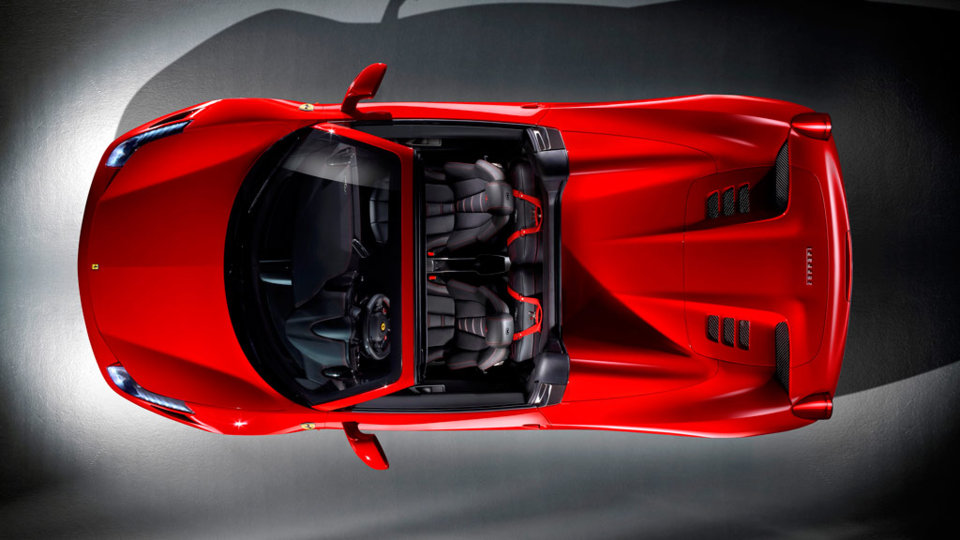 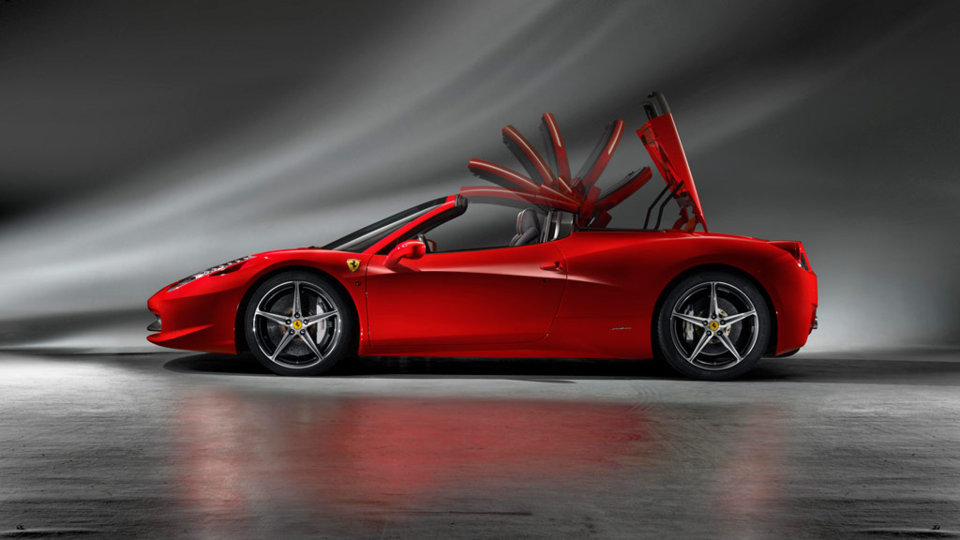 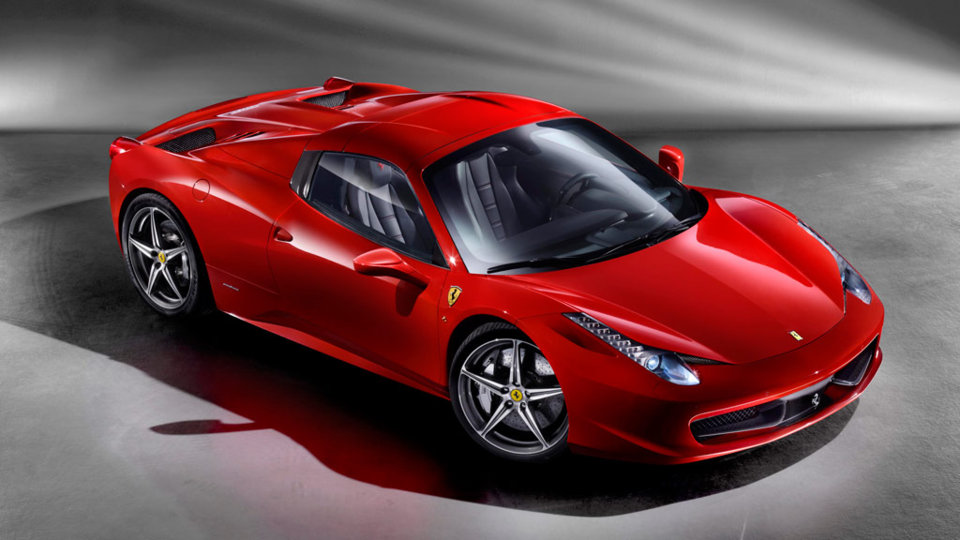 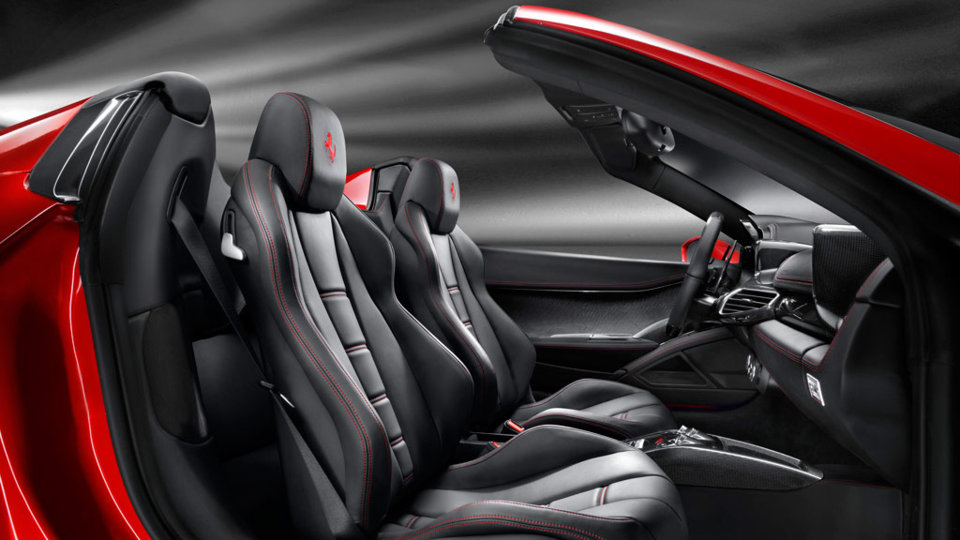 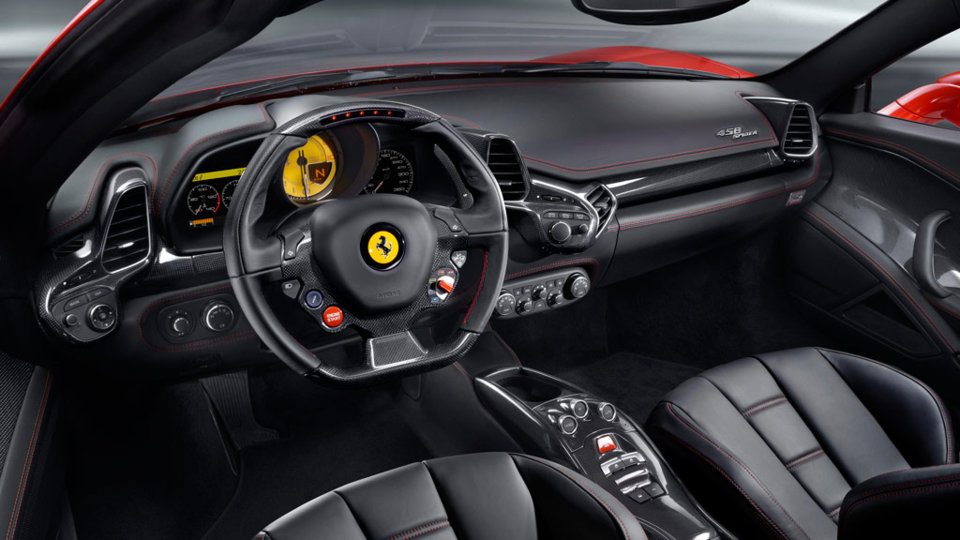 A convertible version of the 458, the spider has a retractable hardtop made from aluminium that weighs only 25kgs, less than the soft top used on the F430 spider. This new roof can be raised up or down in 14 seconds with just a press of a button.

To accommodate the folding hardtop roof, the engine cover was redesigned, losing the window and featuring vents to manage heat from the engine bay.

Performance is nearly identical to that of the coupe 458, except the top speed has been slightly lowered to 199 mph. With the top removed the 458 losses none of its good looks, with the buttresses behind the seats rising up to create a silhouette similar to the coupe.